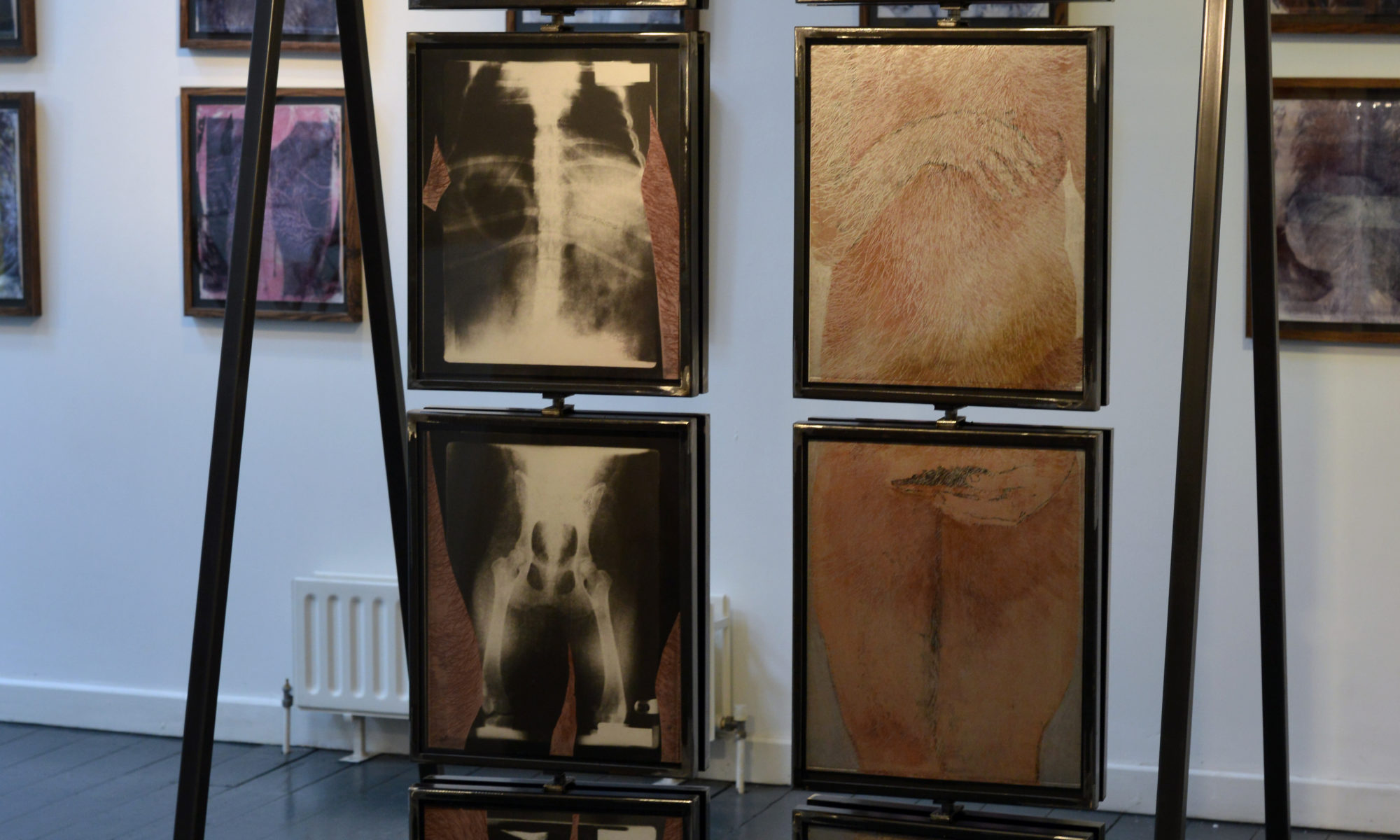 This work is focused on representations of hairy women, monsters and beasts and the perceived interchange between these states.

In the 14th century a religious cult surrounding the veneration of female bearded saints surfaced in Europe. The main protagonist was known as St. Wilgefortis of Portugal and her legend recounts how her father promised her in marriage to a pagan. To avoid the marriage, she prayed that she would become ugly and miraculously grew a beard. Refusal to eat as a form of protest is one of the few controls one has over one’s body. The body, consequently, stimulates the growth of lanugo or downy hair as it attempts to protect itself from deprivation. The miracle of St. Wilgefortis might be explained by this phenomenon and in 1969 her status of saint-hood was revoked.