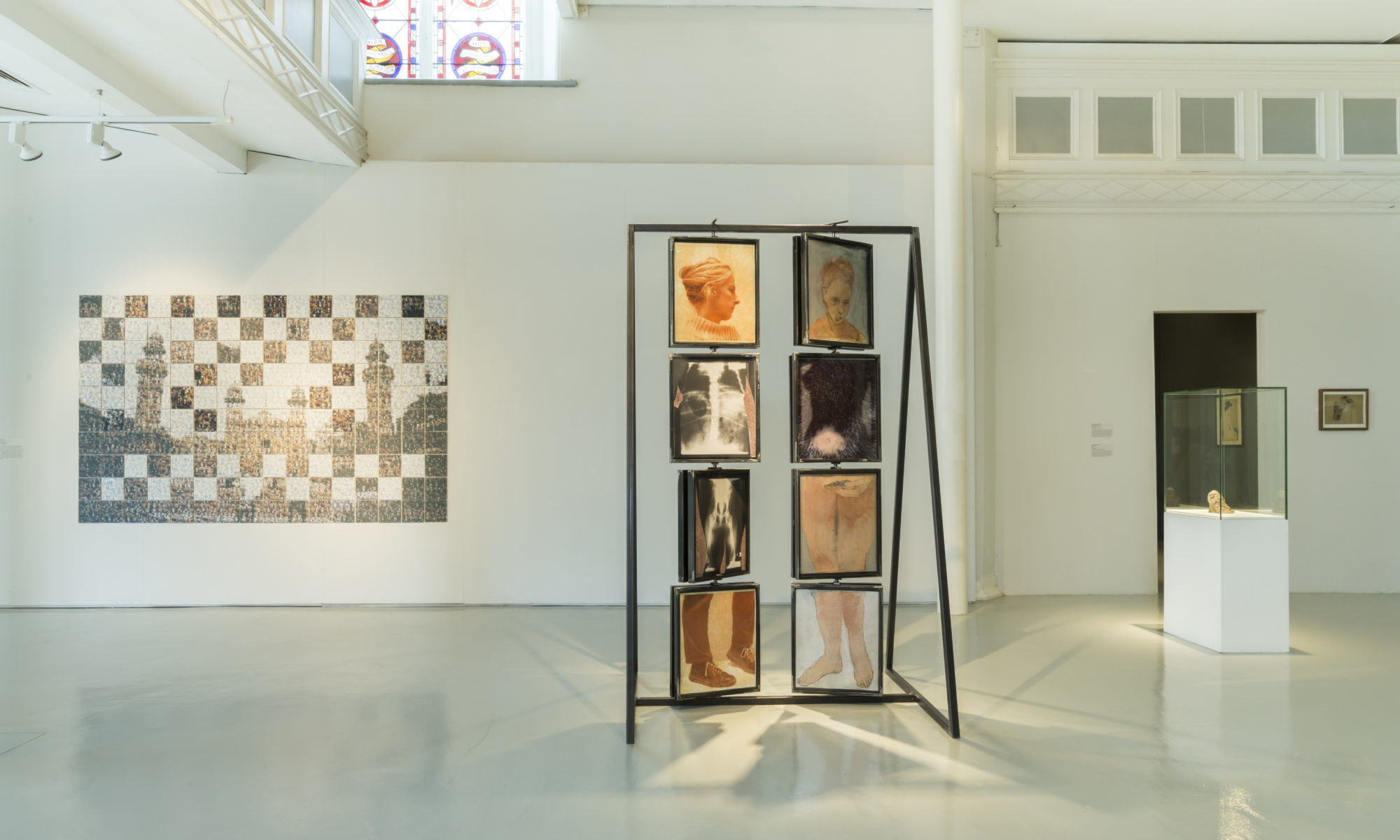 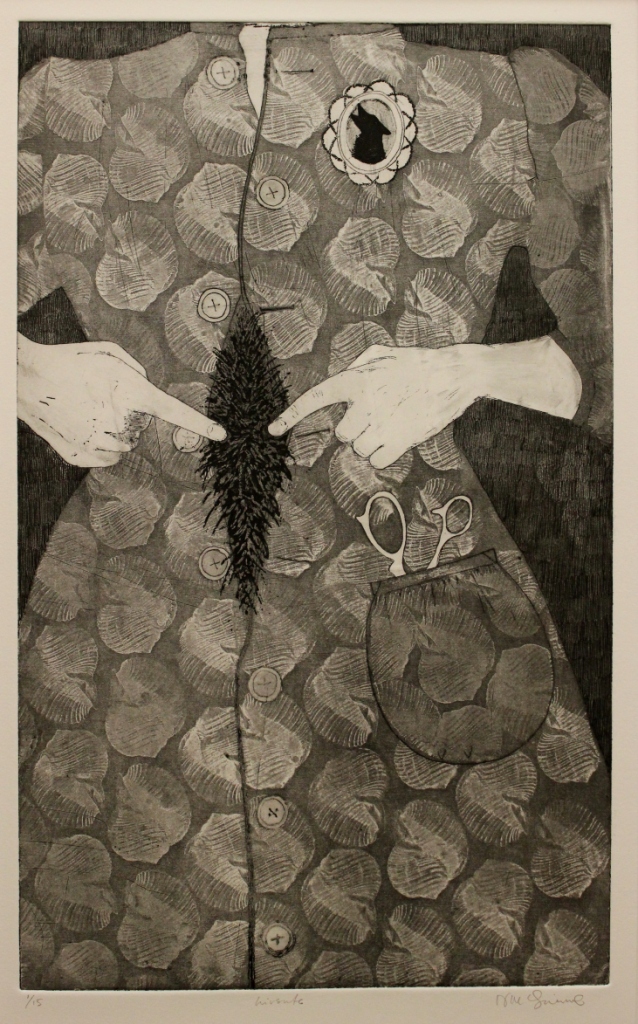 The portrayal of hair is a fascinating theme; it is an interesting connector between the inner and outer selves; it has been used as symbol of attractiveness and desire. In fairytales, hair can assume a life of its own, continuing to grow after death, symbolising health, vitality and sexuality. It can also serve as a warning that all is not as it seems as in Angela Carter’s The Company of Wolves from The Bloody Chamber and Other Stories. Here she recreates the traditional tale of Red Riding Hood but in her reinterpretation, the young girl on the brink of puberty is not a victim of the wily wolf but a willing partner and capable of looking after herself and the life she chooses. She knows that ‘the worst wolves are hairy on the inside’, and she shivers; however, she does not shiver because of fear but because of ‘the blood she must spill’.
In Hirsute, the figure’s exposed hairy pelt references her relationship to the wolf, while alluding to her own sexuality. The scissors, which in the fairytale are used to cut open the wolf to release the grandmother, is on hand as she is coming out of her shell, and her lineage as part of the animal world is evident in the brooch she wears.

This print is part of a series of prints entitled Moon Phase, a theme that I periodically add to as the theme evolves. It includes Moonlit Roof (2010), The Somnambulist (2014) and Noli Me Tangere (2015).